Ready to reach your physical peak?

Want to take your training sessions up a notch or two? A pre-workout supplement could help. Here we put Peak Beta+ by Molecular Nutrition under the spotlight – these caplets claim to support strong athletic performance, endurance and muscle

How does it work? By helping to buffer lactic acid, improve glycosis and increase both oxygenation and vasodilation during exercise, leaving you ready to conquer even the toughest plateaus. But does its ‘industry unparalleled formula’ perform in reality? We find out what real life users have been saying…

Simple but mighty is the name of the game here – this supplement contains just a handful of ingredients:

If you’re new to the supplement, the manufacturer recommends the following dosage:

You must always leave at least four hours between each serve. 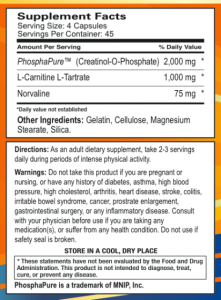 There is minimal feedback available, some people claim that this product is fantastic, and is one of their all-time favourite supplements. It also has many long-term users who claim that they have reaped the benefits for years. Here are just some of the advantages of Peak Beta+ according to real life users:

In fact, there is little negative sentiment around this product. Some female users have reported water retention, but that’s about it.

There’s no money back guarantee offered by the manufacturer – individual retailers’ policies may vary.

A simple supplement… we had not actually heard of PhosphaPure before, and the makers do not give too much information on what is actually their largest ingredient by volume… a bit of research has uncovered that it is actually a combination of a highly concentrated mixture of soy-derived phosphatidylcholine and phosphatidylethanolamine with 4 parts of Omega 6 from the soy and 1 part of Omega 3 from organic flax.

Looking at these in greater depth, phosphatidylcholine (PC) has no real clinical evidence that proves ( or disproves) its ability as an energy enhancer.. it has been studied for its effects on localised fat loss, but the studies so far are all on animals and involve injected quantities of the compound rather than oral supplementation

phosphatidylethanolamine is a precursor to PC, again we could find no clinical evidence pertaining to its use as a pre workout supplement/energy booster.

Despite the few positive reviews that we uncovered, taking a hard clinical look at this supplement, it does not give us any real confidence in its ability to boost energy…. the placebo effect certainly looks like possibility when considering the scientific evidence..

All In All, As Far As We Are Concerned – Hard To Recommend, We Prefer Supplements That Use More Tried and Tested Ingredients…

Have You Ever Tried To Find A Pre-workout Supplement That Delivers On Its Promises?? 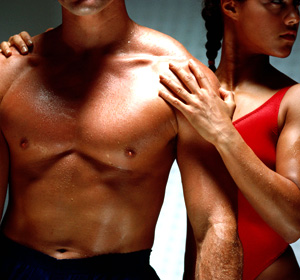 What Pre-Workout Should You Buy??

With many hundreds of products to choose from, its not at all easy to tell the good from the bad, the ones that deliver on their promises and the ones that fall flat..

Check Out Our Top Rated Pre-Workout Supplements By Clicking Below


The information in this website is for advice and guidance only. It is based on our own intensive research and personal experiences, and is not intended to replace professional medical advice, or to diagnose or treat any health conditions. All rights reserved.